Khunjerab Pass Update 2022: Khunejrab Pass has been closed for tourism due to heavy snowfall on 10th November, the road is still closed due to heavy glaciers. It will open around June 2023 when the authorities clear the road for normal traffic flow.

Khunjerab Pass Update 2022 May: Khunjerab Pass has been opened for tourists after a heavy snowfall during winter. Karakoram Highway is now clear for normal traffic flow.

Khunjerab Pass Update 2022: Khunejrab Pass has been closed for tourism due to heavy snowfall last year in November, the road is still closed due to heavy glaciers. It will open around May-June 2022 when the authorities clear the road for normal traffic flow.

Khunjerab Pass Update: The Khunjerab has opened on 21st May 2021, the weather is sunny and ideal for tourists. It is the highest international border in the world. Its height is 15,528ft, it is located in the Karakorum mountains, on the northern border of Pakistan, and on the southwest border of China. The pass has important value for both countries for trade purposes. It does get affected due to heavy snow, however, the authorities do their best to make it clear after the weather gets clear.

Khunjerab is situated in district Hunza, Gilgit. The last known town is Sost, if you’re traveling to Khunjerab then you better have some eatables with you. It is around 770 km from the capital city, Islamabad, and 170 km from Hunza valley. Here is Khunjerab Pass Map:

As Khunjerab Pass is located at 15,397 ft above sea level, it remains open the whole year. However, it also receives heavy snow during winters, the road gets blocked. As it is an important route for the trade between Pakistan and China, whenever it snows, the authorities do their best to clear out the road. In summer there is no problem getting to the Khujerab pass top.

8th August 2021: Currently, the Pass is closed from the Sost check post due to Covid 19. However, the snow has melted from Khunjerab road, and it is good to go for the tourists. Also, there has been little land sliding on the third tunnel as well. The road is one of the most majestic roads in the world, also known as the silk road. Silk Road was an ancient network of trade routes, it was established during the Han Dynasty of China, which linked the regions of the ancient world in commerce between 130 BCE-1453 CE. The road is usually blocked due to heavy snow in winters, however, it gets cleared as soon as authorities possibly can. 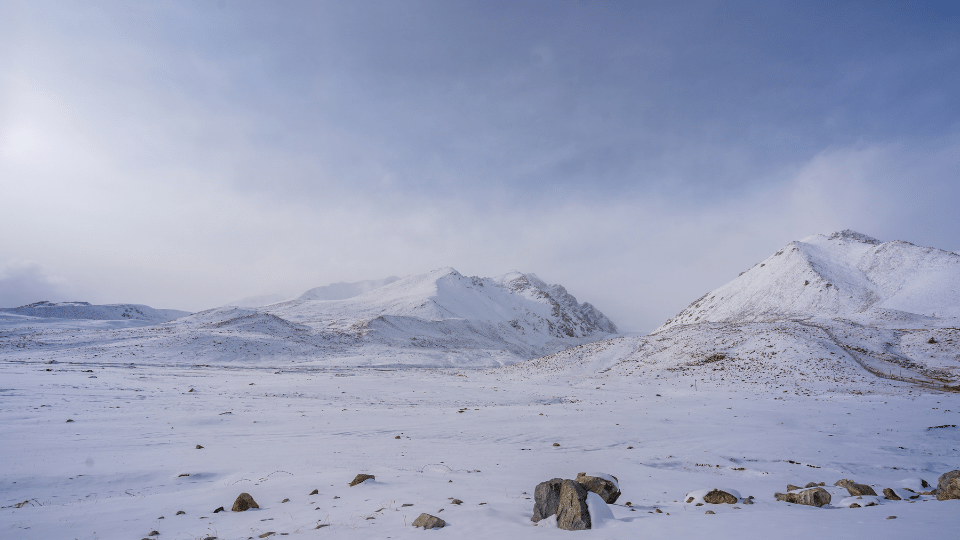 Here is how it looks in winters:

Here are the latest pictures of the Khunjerab top.: