Deosai National Park is the second-highest plateau in the world with an elevation of 13,500 feet above sea level. “Ghbiarsa” is a common name of Deosai among the Balti people on the Skardu valley side. The National Park is located in Astore District, Gilgit Baltistan, Pakistan. It is also one of the most popular tourist attraction points in Gilgit Baltistan. Moreover, Sheosar lake is one of the main attraction points in Deosai Plains. Deosai has recently opened for tourists, as it gets closed during winters due to heavy snowfall.

Deosai is famous for its amazing lush green scenery, Sheosar lake, and many wildlife species. In summer its pleasant climate makes it an ideal place to camp. Deosai has a chilly climate during summer, making it the best spot to escape the warm temperature in Pakistan.

Here is the complete guide to Deosai National Park:

The Land of Giants 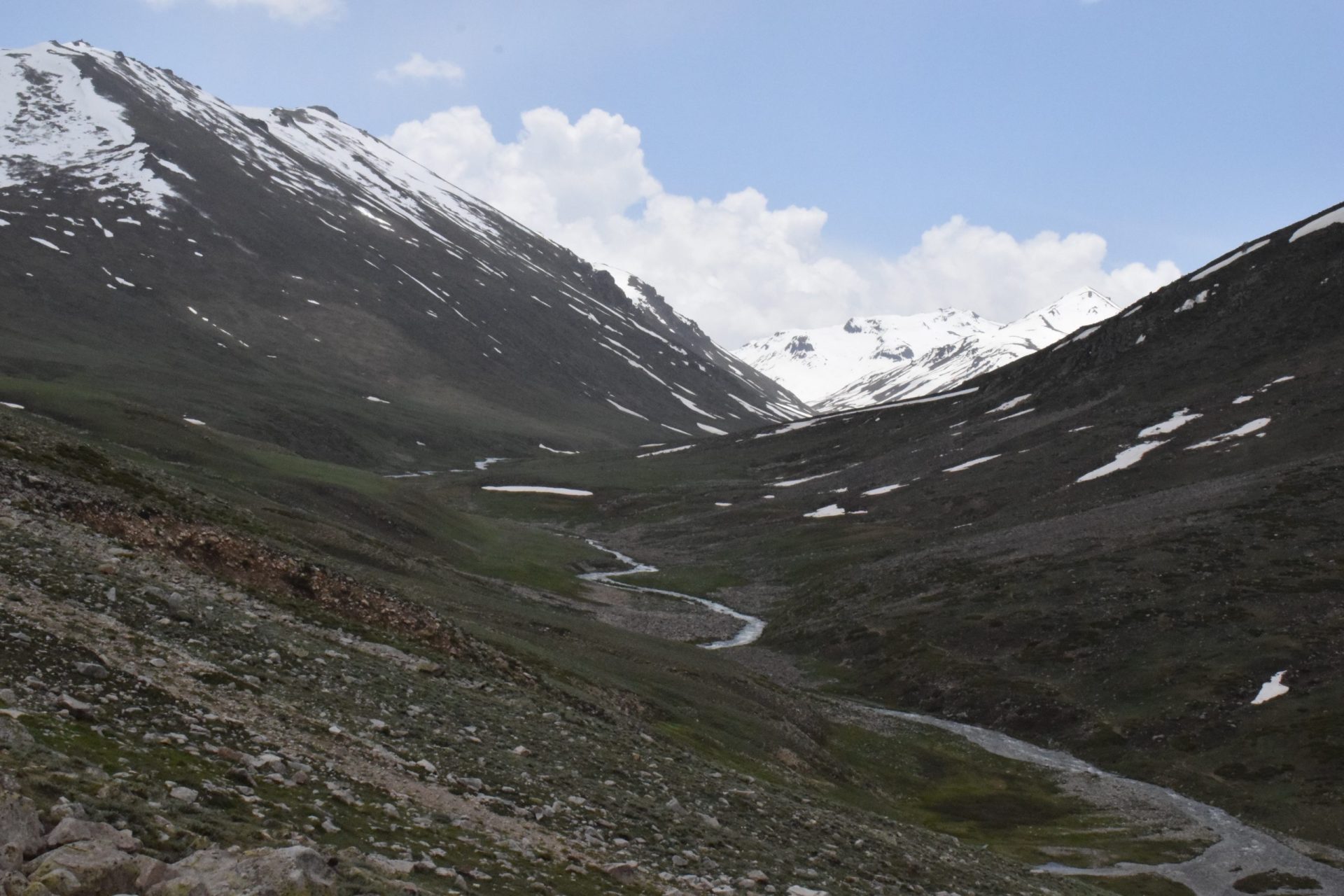 The word ‘Deosai’ means “The Land of Giants”, Deosai National Park was established in 1993 with the aim to protect the endangered species nestled here from poachers and hunters. As it is especially the natural habitat of the Himalayan Brown Bear. The park is spread over 3,000 square kilometers, encompassing hills, mountains, plains, plateaus, streams, rivers, and a few lakes. It is covered with heavy snow during winters due to heavy snow. Deosai is also a popular destination for trekkers and mountaineers.

Deosai Plains offer unique look in every season, making it look amazing in each of them.

Deosai Plains offer unique look in every season, making it look amazing in each oThe summers in Deosai National Park are harsh, with temperatures reaching as high as 40°C. The landscape is dry and barren, and the wildlife is dormant. It gets a great place to hike, camp, and enjoy the incredible views. The park is filled with beautiful wildflowers, and the hiking trails offer views of glaciers, mountains, and valleys. Overall temperatures are warm, but not too hot, and the scenery is stunning.f them.

The winter season in Deosai National Park lasts from October to February. This time of year sees very little rainfall, so the marshes and meadows are often dry. The average temperature during winter is -4°C. Visitors during this time can expect to see snow-capped mountains and frozen lakes.

Autumn in Deosai National Park is a time of great beauty, with the mountains turning to shades of red, orange, and yellow. The days are shorter and the nights are colder, but the views are still stunning. It gets covered in a blanket of colorful leaves. Colorful leaves make the scenery very pretty.

The spring season in Deosai National Park is very short, lasting only from late April until early June. However, during this time the park is transformed into a beautiful sea of colorful wildflowers. Deosai is also home to a variety of wildlife, making it a great spot for wildlife watching.

Getting to DEOSAI NATIONAL PARK 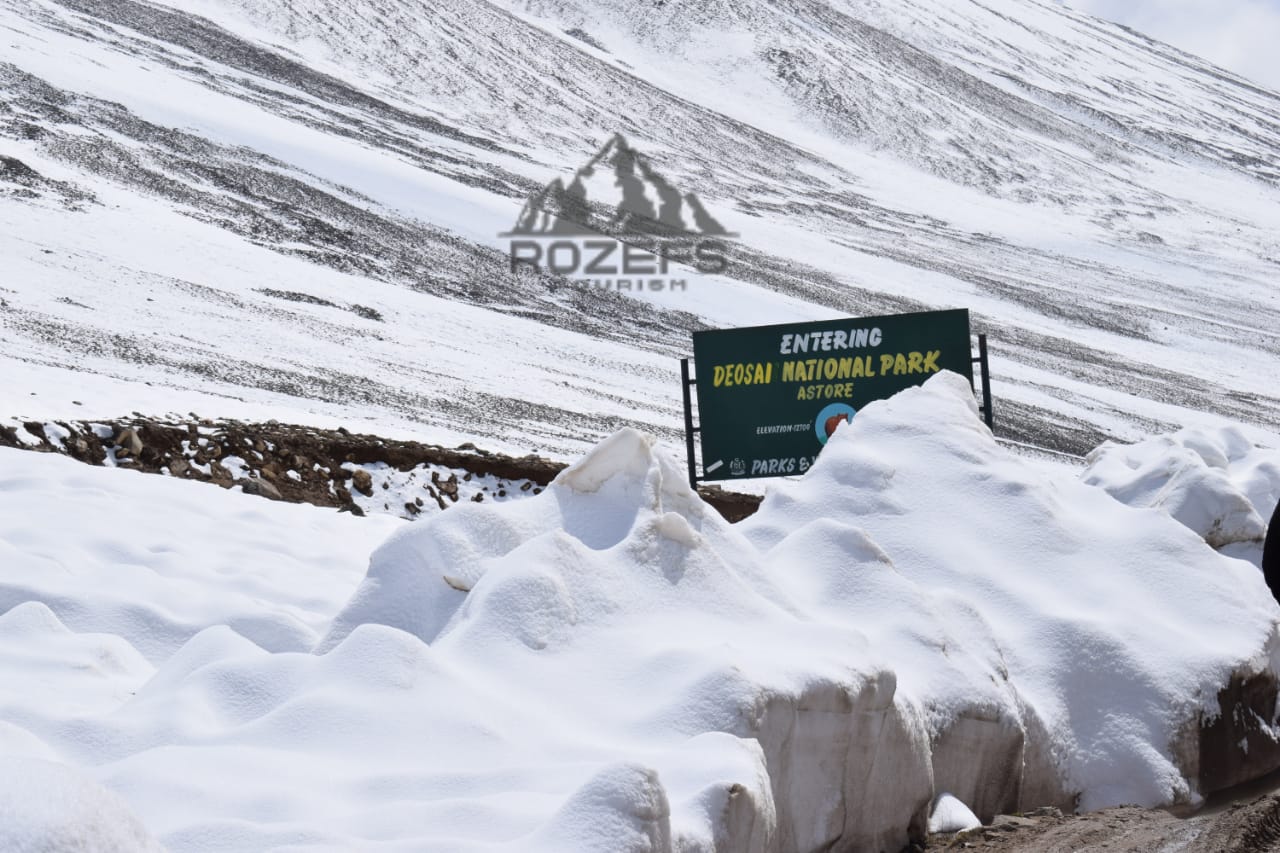 Deosai is an easy go for 4×4 vehicles, it is surrounded by Astore Valley in the west, Gultari and Kharmang Valleys in the southeast, and Skardu Valley in the north.

When to visit Deosai? 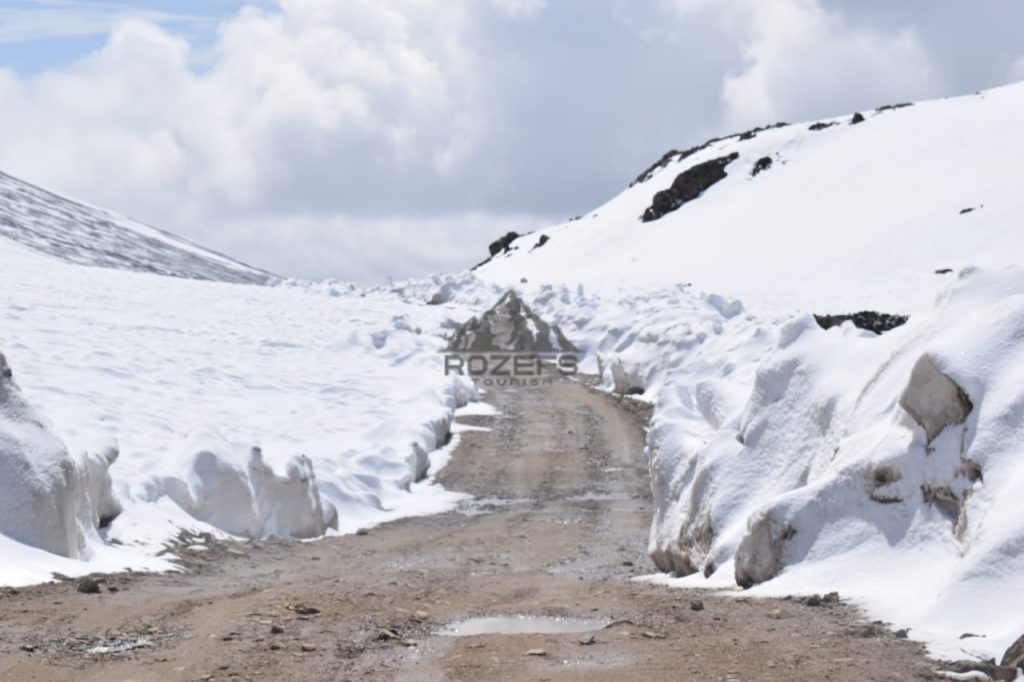 Deosai National Park Update: Deosai has received its first snowfall of 2021 on October 10th, and it will be closed for tourists till June 2022.

There are two routes that could be used to reach Deosai Plains. The first and most recommended one is to reach Deosai from Astore Valley. The second route is from Skardu.

The best route for Deosai National Park is via Astore Valley, and the last village from Deosai Plains is Chilam. There are few hotels for stay and you can buy the necessary things for the Deosai tour from this village as well.

To reach Deosai via Astore valley you will head to Astore road on the Karakorum Highway. From there you have to go straight to Astore valley till the last stop, it would be a village named Chilam. You can also make a stop at Astore Bazar and have a meal or buy goods, you can also stay at hotels in Astore. It is also advised to take eatables with you on Deosai Plains. 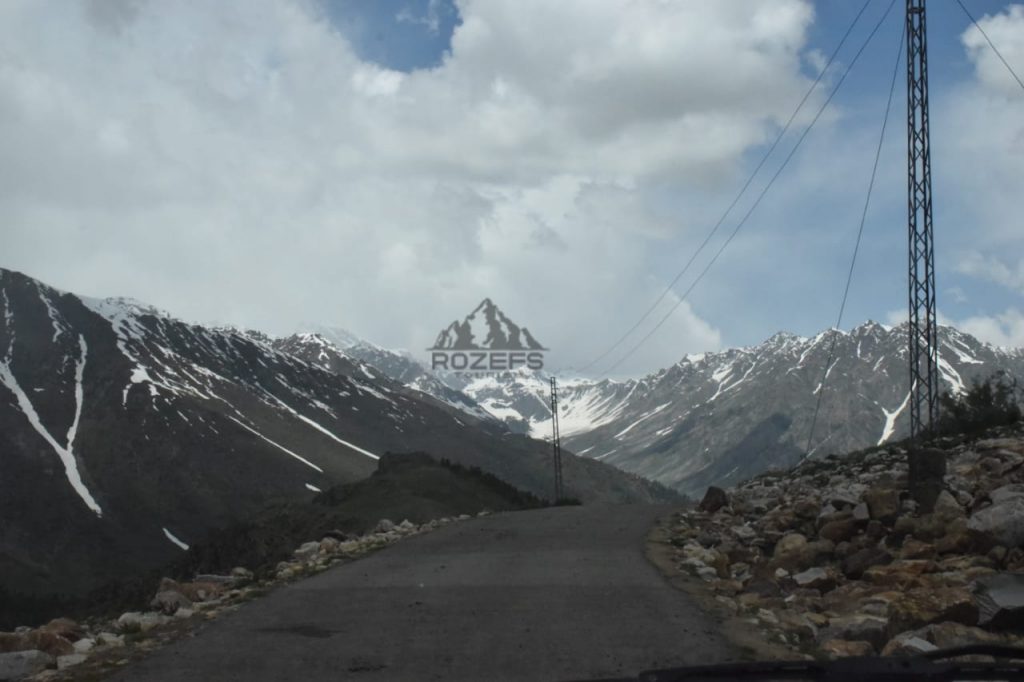 The road condition from Astore to Deosai route is a doable job for small cars. The road has patches of newly constructed road, as well as damaged roads from many regions. If you have a 4×4 vehicle for Deosai Tour, then it will be a comfortable tour for you! There are risks for a smaller vehicle, as you can not to Skardu via Deosai plains.

There is another route that requires a 4×4 vehicle, as the road condition is bad for any smaller vehicle. It is via Skardu City, which is just 30 KM. So, if you are in Skardu city, and you have a 4×4 vehicle, then you can visit Deosai on it. However, if you’re in Gilgit or on the Karakorum highway, it is better to go to Deosai via Astore Valley if you have a smaller car. The road condition of Astore Valley is better than the Skardu route. If you do not have a 4×4 vehicle then the best thing to do is to visit Deosai national Park and get back from the Astore Valley. Going to Skardu via Deosai on the smaller vehicle can lead to damage to the car, as the route is only for 4×4 vehicles.

Deosai plains receive heavy snowfall throughout the year, it is common for Deosai to receive snowfall in mid-summer. Lakes in Deosai including the famous Sheosar lake get frozen as well as snow-covered in Winter till mid of June. The snow starts to melt in June, and slowly Deosai plains begin to turn into lush green till July-August. The best time to camp in Deosai National Park is from July to November.

The road condition on the Deosai Plateau is suitable for 4×4 vehicles. If you have a smaller vehicle then this could be a problem in many spots. Additionally, it is not advised for smaller vehicles to get to Skardu via Deosai Plains. 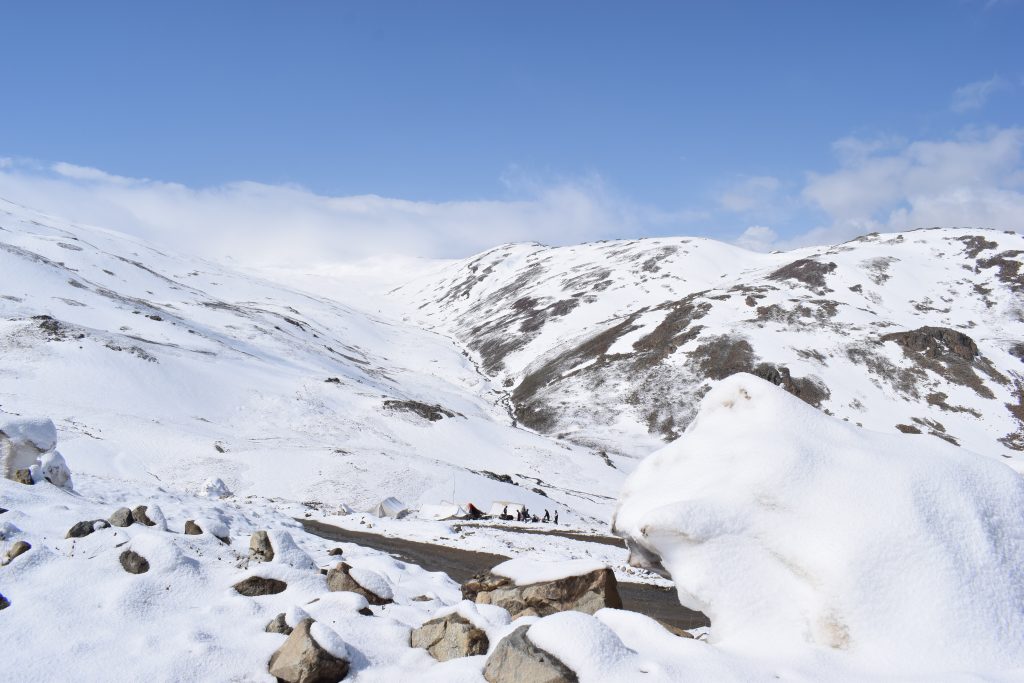 THINGS TO DO AT DEOSAI NATIONAL PARK

Deosai National Park is famous for its exclusive flora and fauna. The wildflowers cover its plains in the spring with butterflies fluttering about, snow covers the region with a thick blanket in winter. While the weather is favorable, here are few of the top things you can do at the Deosai National Park:

There are several lakes on the park throughout, however the largest among them is Sheosar Lake. As it is the largest lake in the park, it is also one of the highest lakes in the world at 13,600 feet. The lake is located amidst a field of wildflowers, and you can discover a backdrop of the Nanga Parbat behind it on a clear day.

Crossing the Bridge at Bara Pani

Deosai National Park is home to several lakes. Bara Pani and Kaala Pani are two streams that you have to cross to reach the lake. While Kaala Pani is fairly shallow in a 4×4 vehicle. The Bara Pani is crossed with the help of a wooden bridge. However, the bridge is quite challenging, as can only bear a certain amount of weight. So, its better to let the 4×4 vehicle or jeep cross the bridge without any passengers on-board. So, you must cross the wooden bridge on foot, before of after your 4×4 vehicle or jeep has crossed the bridge! 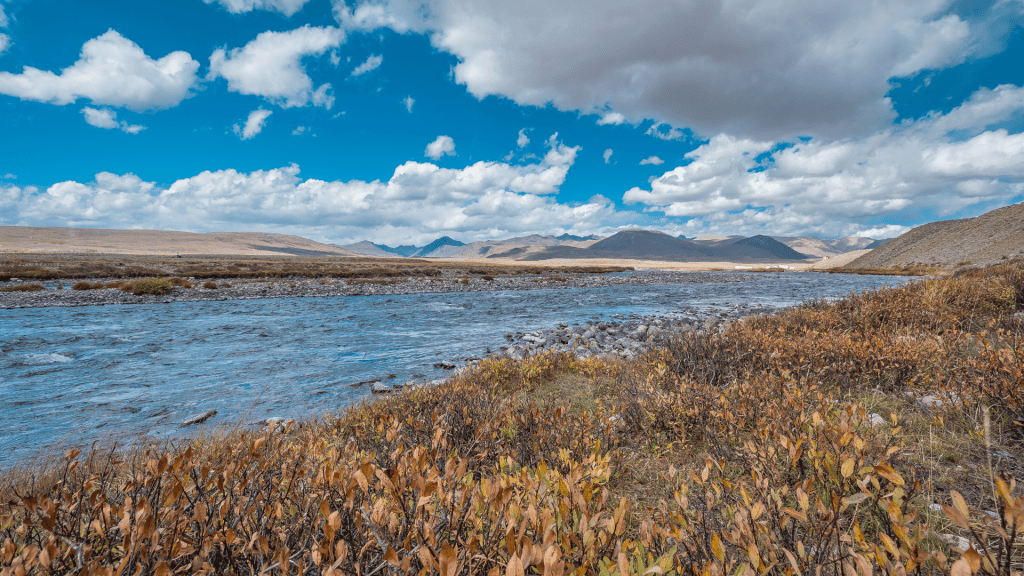 With snow in Deosai plains in winter, trout fish is common, it is the home to several species of trout fishes in the plains. You have to acquire a license from the park authorities for a fee if you are interested in trout fishing. The best location for fishing in Deosai is Bara Pani lake. 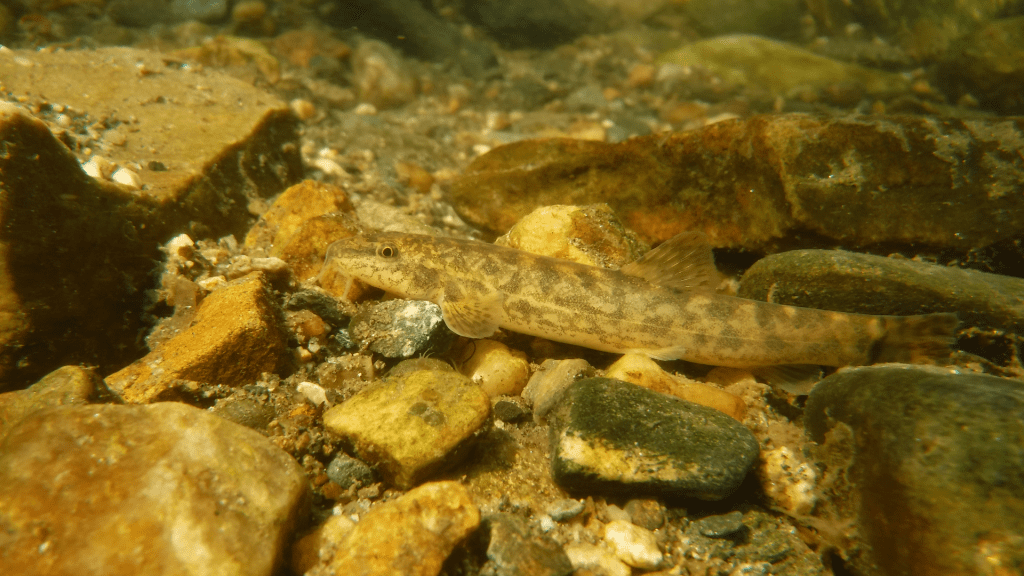 There are a number of trails that lead into Deosai National Park. If you have managed to get a local guide, then you can explore the region on foot. It is highly advised to avoid trekking in the area alone, the reason is that there are no marked trails and some parts of the park have restricted access to protect the wildlife.

CAMPing UNDER THE Galaxy

If you are planning to camp at Deosai National Park, then the best place to camp in Deosai is Bara Pani Lake or Sheosar Lake. As both of these places offer lush green surroundings that are ideal for camping. The sky becomes clear in the night, you can also capture the Milky Way galaxy in Deosai as well. 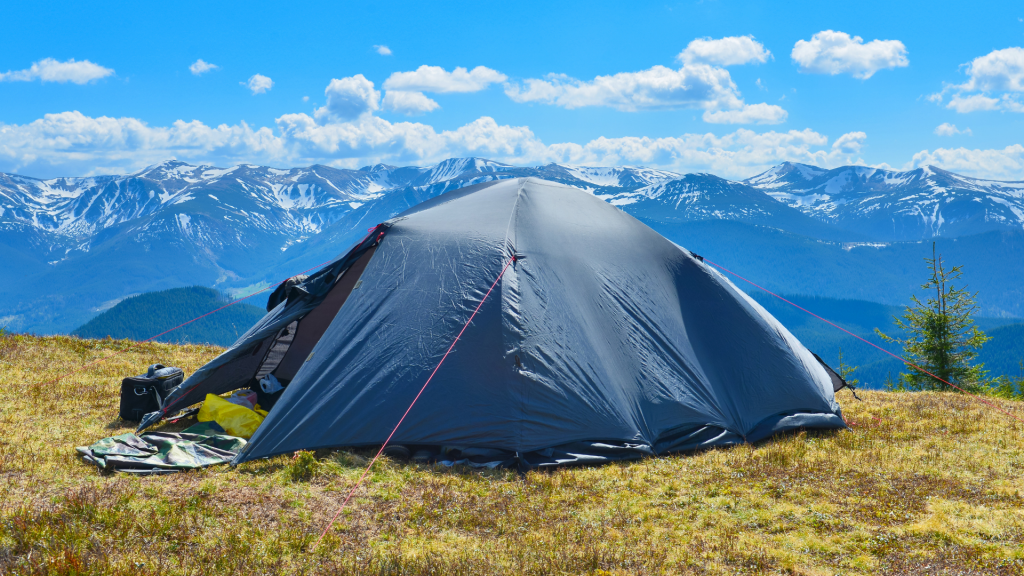 INTERACTion WITH THE Deosai WILDLIFE

Deosai National Park is home to several local species, especially it is the natural habit of the Himalayan Brown Bear. The Deosai National Park currently has around 20 – 30 brown bears. Deosai was established as a national park to protect endangered brown bears, as a big amount of hunters had been hunting the brown bears in Deosai. Additionally, Deosai Plains are also home to other local wildlife including the Himalayan ibex, grey wolf, red fox, snow leopard, and golden marmot.

Deosai national park is also home to around 120 species of birds including the golden eagle, peregrine falcon, Eurasian sparrowhawk, and griffon vulture. Moreover, there is a variety of snow cocks, kestrels, and pheasants. 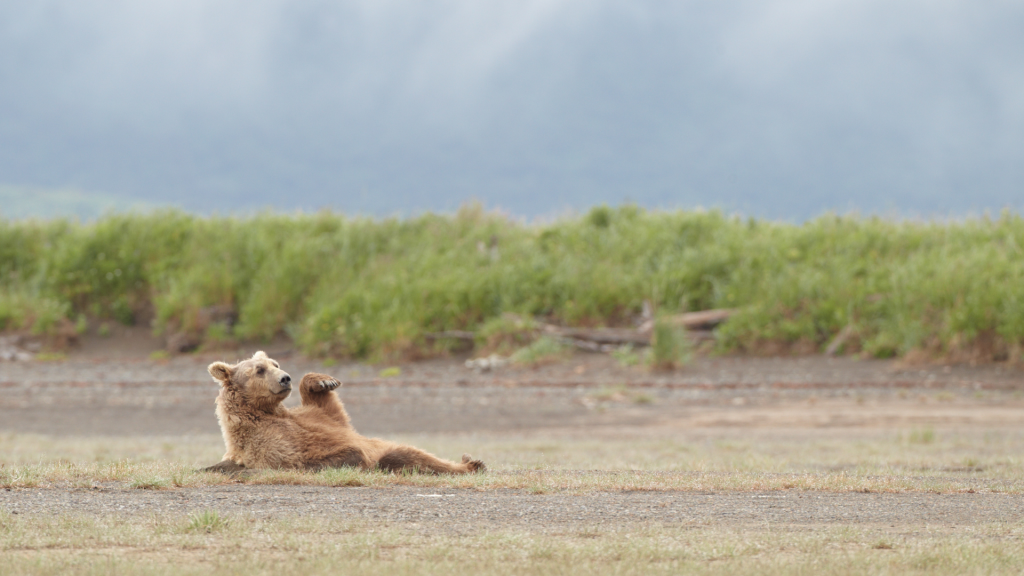 It is highly advised to keep a safe distance from the wildlife on the Deosai plains, The local area is also native to several types of plants, which have medicinal uses as well.

These are just a few of the many things you can do in Deosai National Park. Additionally, the elevation at Deosai plains results in cold weather throughout the year. So, it is possible to find snowy spots within the park in the mid of summer season. So, you should keep warm clothes with you and carry food and water with you if you have planned on staying overnight. As the closest village Chilam is at least an hour’s drive away from Deosai.

Nanga Parbat is the ninth highest mountain in the world with an elevation of 8,126 meters above sea level. You can spot the world’s 9th heights mountain Nanga Parbat from the Deosai plateau as well. The height of Deosai is 4,114 meters, which is almost half of the height of Nanga Parbat. 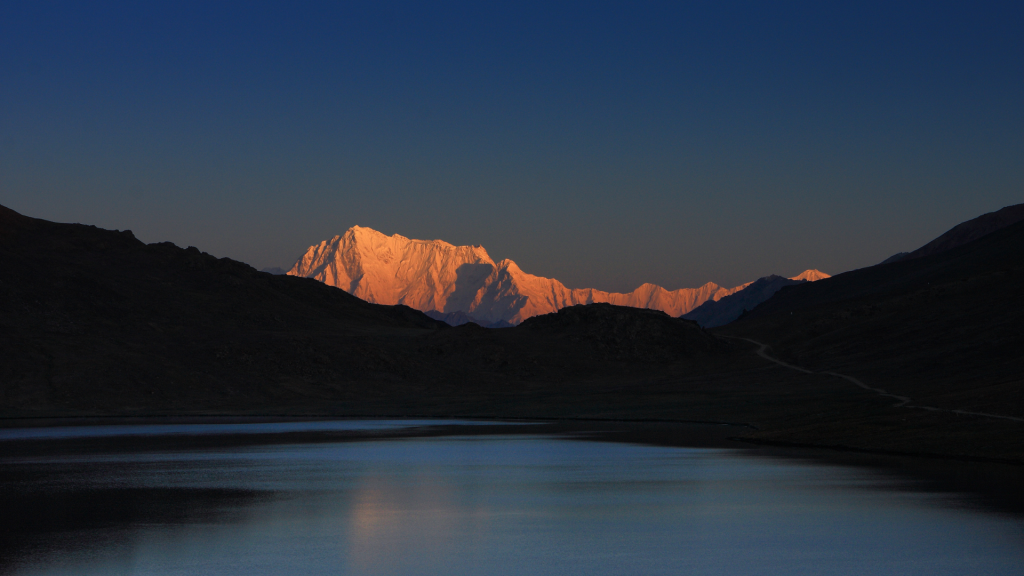 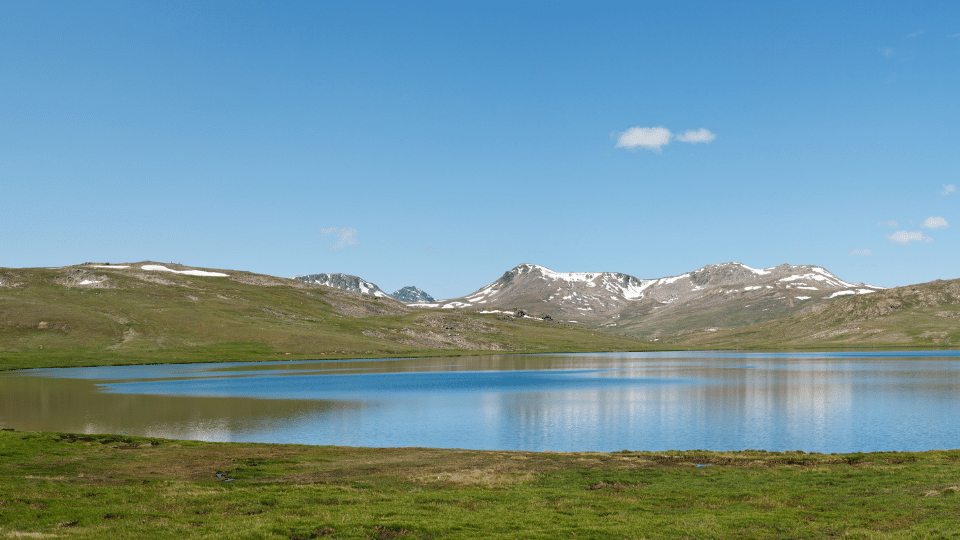 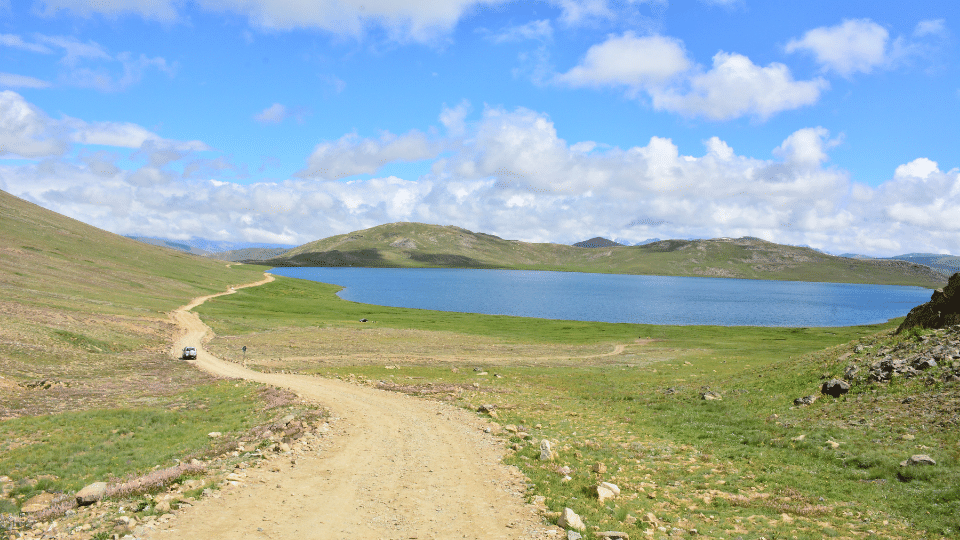 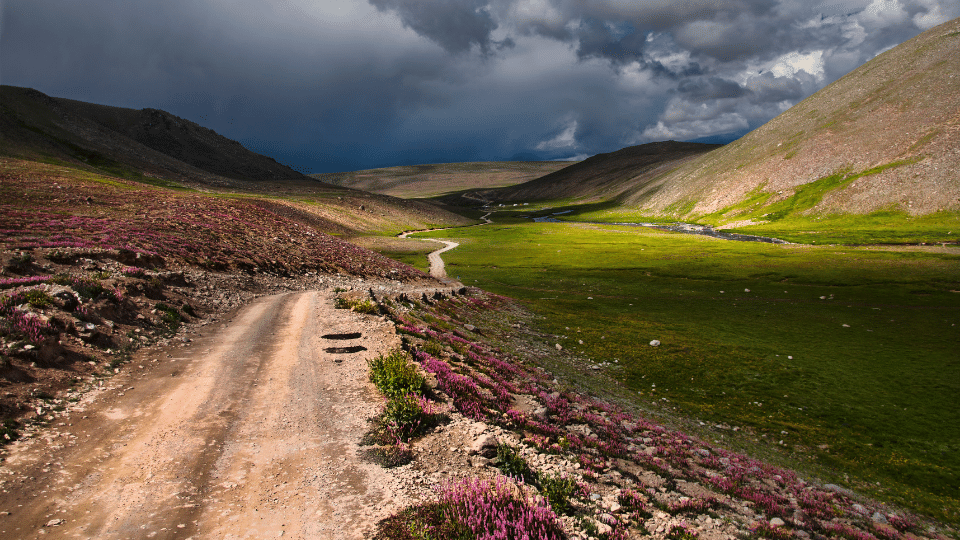